An Open Letter To Bungie Fans

To all hardcore Destiny fans, I’m sorry for the butthurt you may feel at the end of this article. After playing Destiny since release, first on the PS3 and now on the PS4, I’ve decided that while defending Bungie for months and months, I’m done doing that. They’ve taken my money, and are doing whatever they want with it, no matter what you think. I’ll give you some stats that I would be pretty disappointed with if I were Bungie, and some solutions I think would work, if they could hire someone to take care of it, like they did with the heavy ammo issue. Then we might talk about The Taken King.

This all starts last year when I didn’t have a PS4 yet. My good friend told me about Destiny and I got an invite to the Beta and was pleasantly surprised. I hated CoD and this was refreshing because, well, outer space.

It seemed Bungie didn’t take themselves too seriously, which I thought was good, and I liked Halo, so why not give this a proper go? I purchased the digital download version and off I was, playing Destiny.

I spent hours upon hours doing patrols, mainly because after you completed the story and you were on your own, there wasn’t much else to do. Once I garnered the support of a few friends, we were off to The Vault of Glass. What a nightmare that 7 hours was. After a few months, our team of regulars could pull off normal mode in about 45 mins. 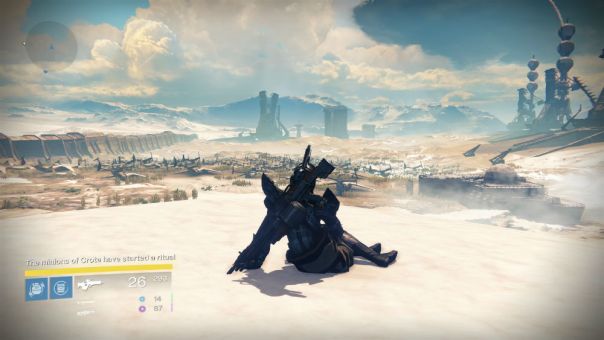 Then Crota came. He was a pain, and was full of more bugs than VoG in its entirety. Some things like never having heavy ammo, and having to find a glitch to restore it, and various and sundry other issues were the Guardian’s bane. After all the patches, since Crota kneels after your LAN cable comes unplugged, our group could finish that raid in about 25 mins.

There we were, king of Normal raids. So we moved on, trying for those elusive exotics in Hard mode raids. I think as a team we may have completed each raid two or three times. Just wasn’t as fun, personally. Plus, “if it’s the first time you do it, RNG doesn’t treat you well.”

After hearing about House of Wolves, my brother was upset without a raid. I admit, I was the first to tell him to just see how it was when it came out. Boy was it fun. For one day. My understanding from Bungie was that they heard us. They heard that it was hard for people to find 5 other folks to play at the same time and go through VoG or Crota’s End. So they made a “horde mode” that STILL required you to find 2 other people you’d like to take on the hordes with. I’m not quite certain what sense that makes. You still need to find 2 people to play with, and with voice communication.

Since House Of Wolves, I have played Destiny for about 20 hours total, where I used to play 20 hours a week. I’ve not “won” a new exotic, and have only received one etheric light. I don’t play PvP, and I barely do the Nightfall, so I’ve decided I won’t be 34 anytime soon, if ever.

When folks were complaining they didn’t have enough room for multiple bounties, Bungie fixed that (good guy Bungie). They gave us 10 slots, up from 5. They added team voice chat if you happened to be in a PUG on a strike, (good guy Bungie).

However, when your plan to make House of Wolves more accessible to everyone includes twice or 3 times as much PvP as I already don’t play, it really turns me right off. A redditor researched his trophies and came up with some appalling numbers regarding how casual Destiny really is. As of March, only 20% of the playerbase have completed a Raid. I realize its “top-tier” content, but this number is grossly low in my opinion. 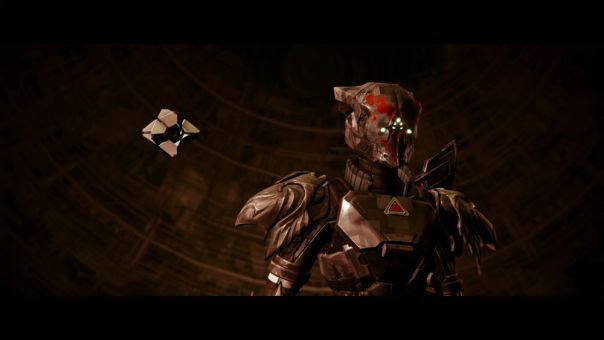 So in their infinite wisdom, Bungie said, let’s create content for folks that can’t, or won’t do the raids. And we still won’t have matchmaking (I realize L28 has matchmaking, but from my understanding you can’t even get an exotic out of that chest) for the 32-35 versions. So where does that leave these folks that don’t have time to go to all kinds of websites and sign up for emails that tell them when there will be people on to play with them? In the same spot it does before; nowhere.

What I just read earlier made my decision for me on where I stand with Destiny. I would rather play Project Cars with a group of children (which is normal) everyday, than play Destiny’s The Taken King.

They’ve been taking advantage of us for months now. They are looking for more CoD type players for their PvP machine they are making. They have Iron Banner, Trials of Osiris, and 4 other types of PvP. None of which I have any interest in doing. But half of those things have a chance to give you endgame materials (etheric light). So right now, I have a 33% chance of an RNG etheric light; or basically zero.

The newest round up is that in order to get the new emotes, and 3 exotics with XP boost for the Taken King you need to buy the game, and the 3 DLC’s. What? So I paid for the game and the first two DLC, and now I can’t buy the collector’s edition DLC or something? I have to buy all of the things I have, all over again? Maybe I’m not a good economist, but I think that if they put those three emotes up for download on the PS store for $5, they’d make their money a bit faster.

Don’t even get me started on Luke Smith’s smug attitude regarding the conversation with Eurogamer. He uses the word “empathize.” Empathy is used when someone is having a difficult time with a tragic event, not a video game. When he uses it in this fashion, I hear “I understand what you are saying, but I don’t really care.”

Exactly as I thought. They have their money and now they are doing what they want with it, and with us. I got some enjoyment out of this game, probably too much now that I realize its all being headed by a massive money machine. But then again, what isn’t part of that machine.

Apple IIe green screen is whence I came. Where I go, only technology knows. If its Automotive, Mobile, Gaming or Computer tech I'll try my best to give my thoughts on it.